I’ve written a short article about ISO in the past, but it’s basically the setting for how sensitive your film or your digital sensor is to light. The higher the number, the more sensitive it will be.

ISO is part of the Exposure Triangle which is made up of Aperture, Shutter Speed and ISO. Put them all together correctly and you get the correct exposure for your photo. Understand what each of them do and you have the basis for all the creative options within photography. It all revolves around these three things in one way or another. So how do you use ISO to your advantage?

How to use ISO to improve your photos.

So here’s a scene that you might be familiar with. You are outside, it’s early evening and the sun is starting to set. You’ve just gone past the Golden Hour where the light it magical, and you want to get a few more photos but you don’t want to use flash.

You’ve already got the depth of field you want by setting the aperture, and you’ve got your shutter speed as slow as you can go to avoid any unwanted blur, but there is still not enough light and your photos are coming out too dark, or Under Exposed.

Modern day digital cameras have seen huge improvements in the way the camera sensor handles low light and high ISO settings. Only a few years ago, your would get a huge amount of digital noise if you raised the ISO level much above 400 and your images would be ruined. Nowadays, you can crank the ISO setting up to 3200, 6400 or even 12800 in some cases and still get acceptable image quality. So now ISO becomes a much more usable setting that you can control and it will let you keep shooting as the sun gets lower.

So let’s get back to basics. Exposure. You have your aperture, your shutter speed and your ISO. For this example, let’s say your settings are:

Changing your ISO from 400 to 800 is changing it by one stop. It’s a photography terms and experienced photographers all talk in stops. So from f2.8 to f5.6 is one stop. 1/125th of a second to 1/250th of a second is one stop. You get the idea. Notice the numbers, it’s approximately double or half for each stop as you go along the range.

So by changing your ISO by one stop to 800, you are doing the same thing effectively as slowing the shutter speed down by one stop from 1/250th to 1/125th or making the aperture one stop wider from f2.8 to f1.4 (which in your case isn’t possible because the lens won’t allow that).

So you’ve now changed your ISO to 800, and you can now shoot at the aperture you want and the shutter speed you want. The only downside is that the image might have a little more digital noise in it, but as I said, technology has moved on a lot so if you are using a newer model camera, you probably won’t notice the difference.

So it’s still getting darker, you need to go from ISO 800 to ISO 1600. That might get you another 5 minutes of shooting. You can then keep adjusting the ISO until you reach the limit or the photo becomes unusable because of the digital noise.

So there you have it. ISO is your new friend. When I go our and shoot, I find I don’t adjust the ISO a great deal. In some cases, and it might be a feature on your camera, you can set Auto ISO and set a maximum setting for it. So you can let the camera pick the ISO it thinks is right for your Aperture and Shutter Speed settings. This can be very handy in changeable conditions but I think it’s a good idea to always understand what your camera is actually doing before letting it do it for you.

As an example of this in practice, I had a situation like this while I was taking photos at a summer party for the company I work for. The light was fading, but there was still things going on outdoors that I wanted to shoot. I was shooting with the widest aperture I could, at the slowest shutter speed I could to keep the image sharp enough, but the light was fading in the evening so I used the ISO settings to help. Here is the shot I was trying to take. 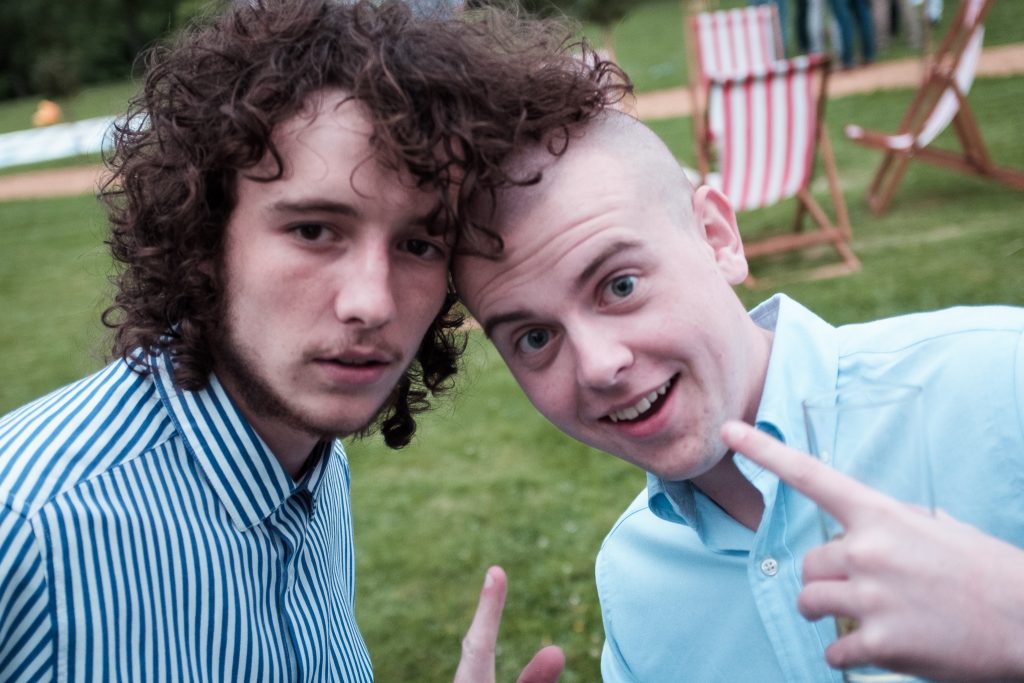 So a shot worth getting and thanks to the way my camera handled the higher ISO settings, you wouldn’t notice that I had to use ISO 1000 for it.

It would be great to see some of your higher ISO shots or times when you’ve had to bump up the ISO to get the shot you wanted.

From Wildlife To Street Portraits

What is Street Photography?

2 thoughts on “Using ISO To Get Better Photos”