At the end of September this year I was asked to help out with some photography at an event that was being run by Preloved.co.uk, a web site designed for selling your second hand stuff. The event was being run at the Night And Day Cafe in Manchester which is a great venue, but for photography it presented a few challenges, mainly because it was quite dark.

Before the event, I had planned what equipment I was going to take. I knew it was going to be dark so I thought taking a flash would be a good idea, as well as a soft box to soften the harsh light of the flash a little. I also thought it would be great test for my Fuji X100s digital camera. It had the advantage that if the flash didn’t work out, the way the x100s copes with low light and high ISO would at least mean I have a back up plan.

So here’s what I took with me:

So I was good to go and I was covered for a range of situations. So here’s what happened.

I knew it was going to be dark in the Night And Day Cafe, but didn’t think it would be quite so dark. Even though I had a flashgun with me, it was still proving hard to focus on what I wanted to take photos of before even using the flash.  A plan B was needed otherwise the evening would be a disaster… from a photography point of view anyway.

So I went back to basics. No flash, wide aperture and a very high ISO. As I said before, the Fuji x100s coped well with this sort of situation so I was confident that I’d get some suitable results. I had to shoot using a minimum of ISO 3200 and I was still getting fairly slow shutter speeds, but with a wide 23mm lens, it helped me get away with the slower shutter speeds. A longer zoom lens would have exaggerated any camera movement so the pictures would likely have been less sharp. 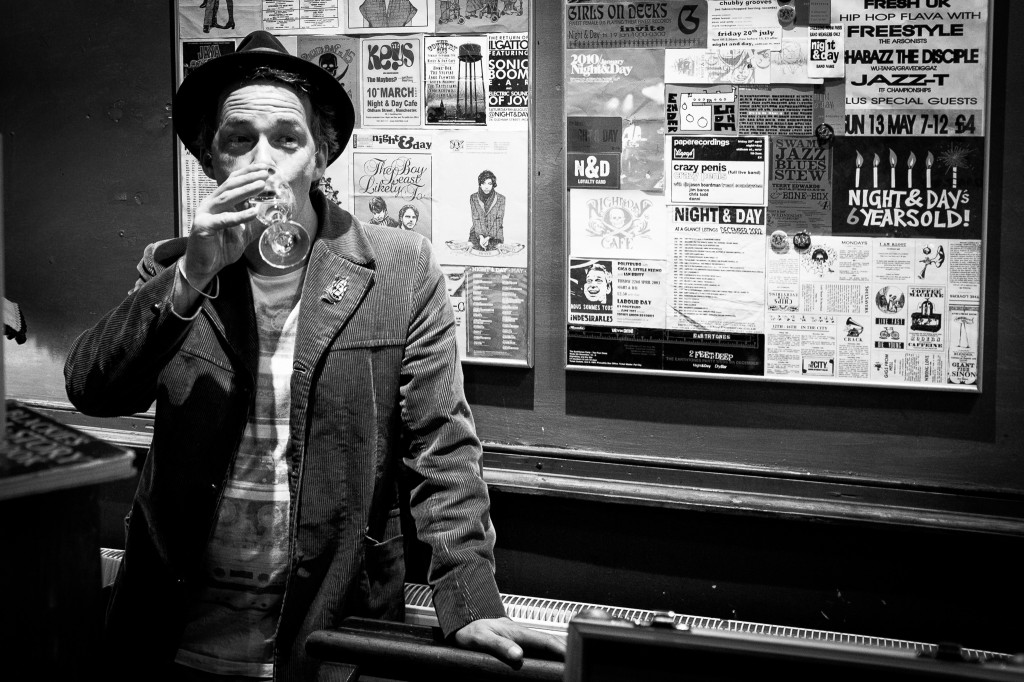 The downside to using the shorter lens though was that I needed to get close up to people if I was going to get some nice shots of people enjoying the event. Fortunately at event like this, there were lots of good areas where I could include more of the things going on around them rather than just the person themselves. 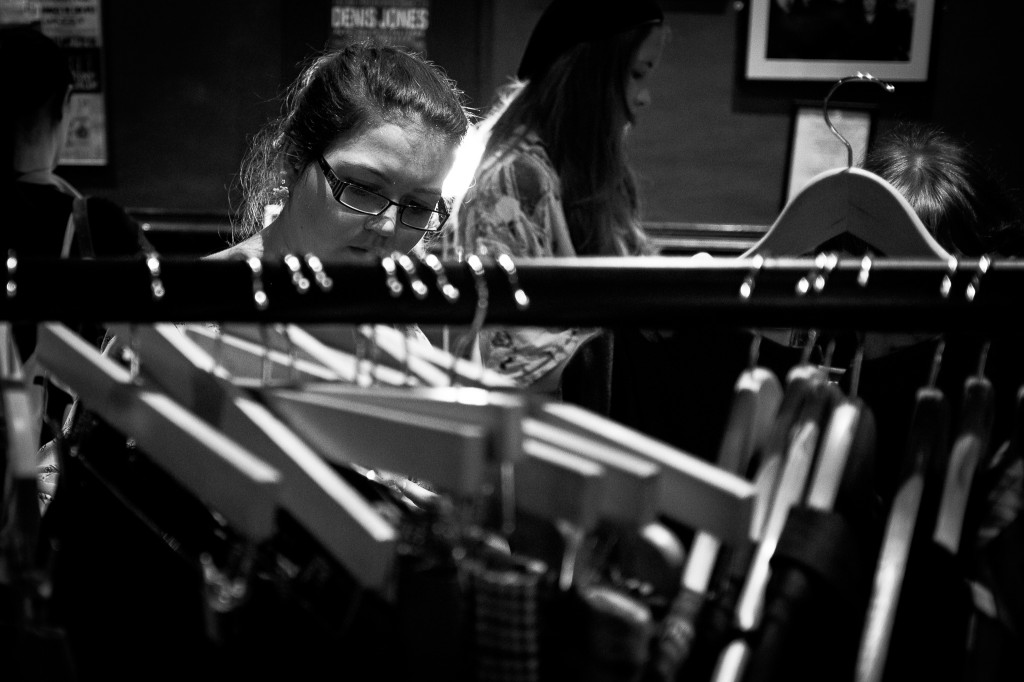 When shooting in low light, it’s great to use the available light and how it bounces off the various things around the room. Fortunately there were lots of reflective surfaces for light to bounce around, so by picking out these areas you can give yourself a much better chance of getting some decent shots. 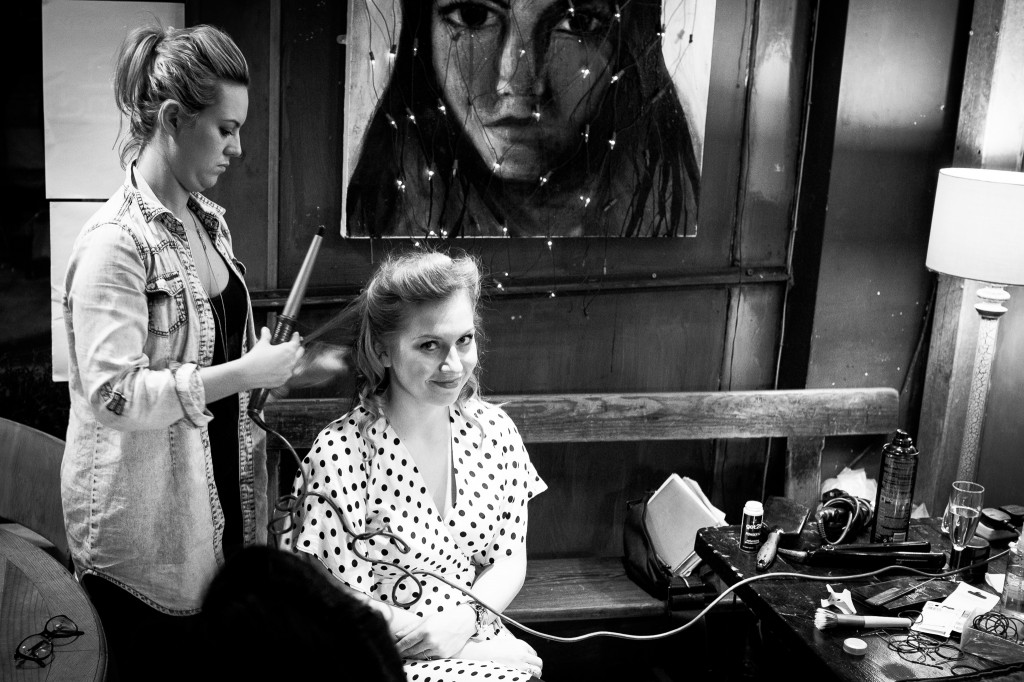 Black and white was also something that would improve the final shots. I did the shoot in colour using RAW to give me as much flexibility as possible and then I converted the images to black and white using Adobe Lightroom which is my favourite software for editing my photos. 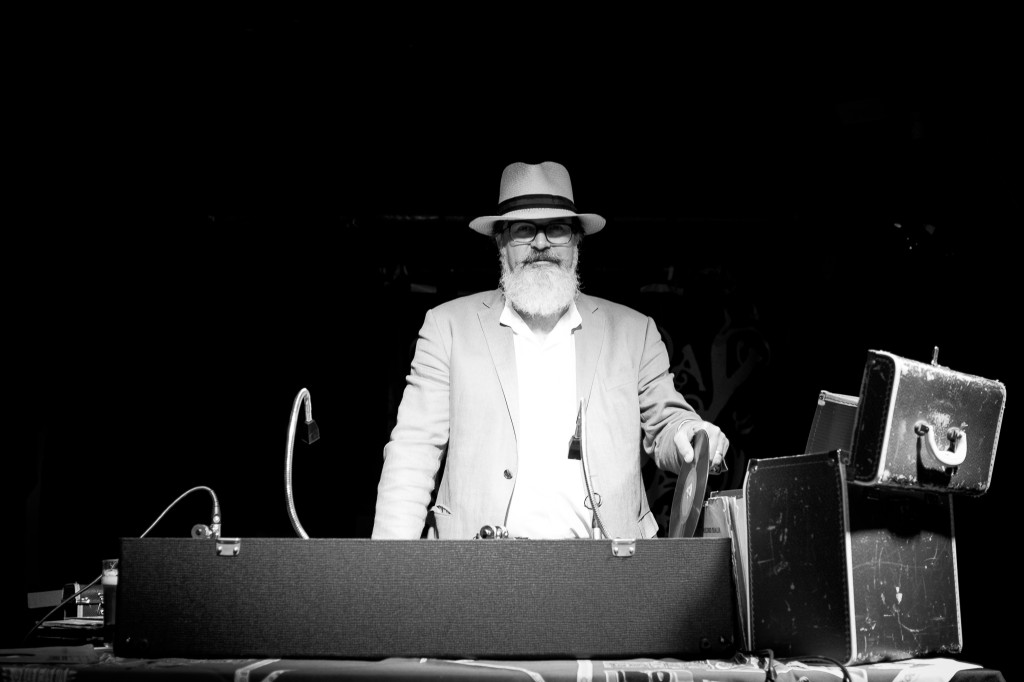 So the evening was a success, both for photography and for the event organisers, Preloved.co.uk. Hopefully I can be involved in future events they hold.

If you’ve taken part in photography at an event, why don’t you share your approach?

What to expect on a Photo Walk