For those of you who haven’t had the chance to attend a photo walk, I thought it might be a good idea to let you know what to expect. The main aim of a photo walk is to gather a group of keen photographers together and walk a planned route making the most of any photo opportunities. It’s also designed to be an opportunity to meet other photographers, have a chat and enjoy the social side to the day.

Recently I was able to attend a photo walk arranged by Matt Hart, a street photographer and Fuji X photographer, who is based around Liverpool. There was a planned route that took us around some of Liverpool’s landmarks with plenty of opportunities to stop for a cup of tea and have a chat to the other photographers. 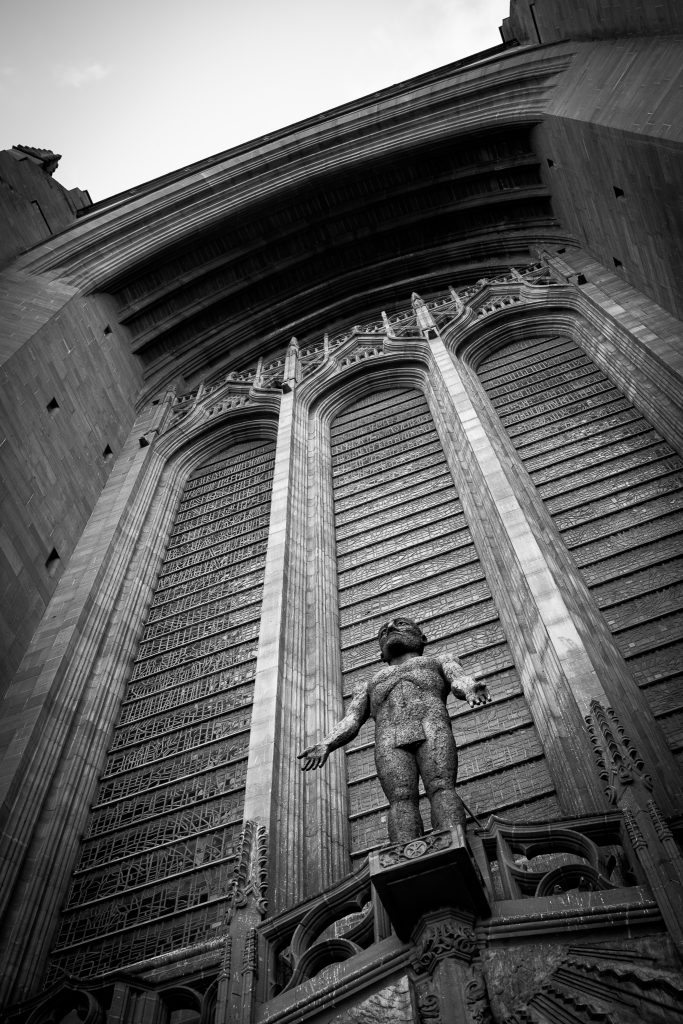 The slightly windy (bit of an understatement) day begun at Liverpool Cathedral, which is a fantastic piece or architecture with many photogenic angles and views. We all gathered for a group shot before setting off and it became clear that despite the weather, the turn out was great and there were well over 100 photographers at the start with more due to join us all along the way. Matt had done a good job of publicising the event on social media which just proves the importance of getting involved in the various ways of promotion the internet allows you to do, especially as most of it’s free. 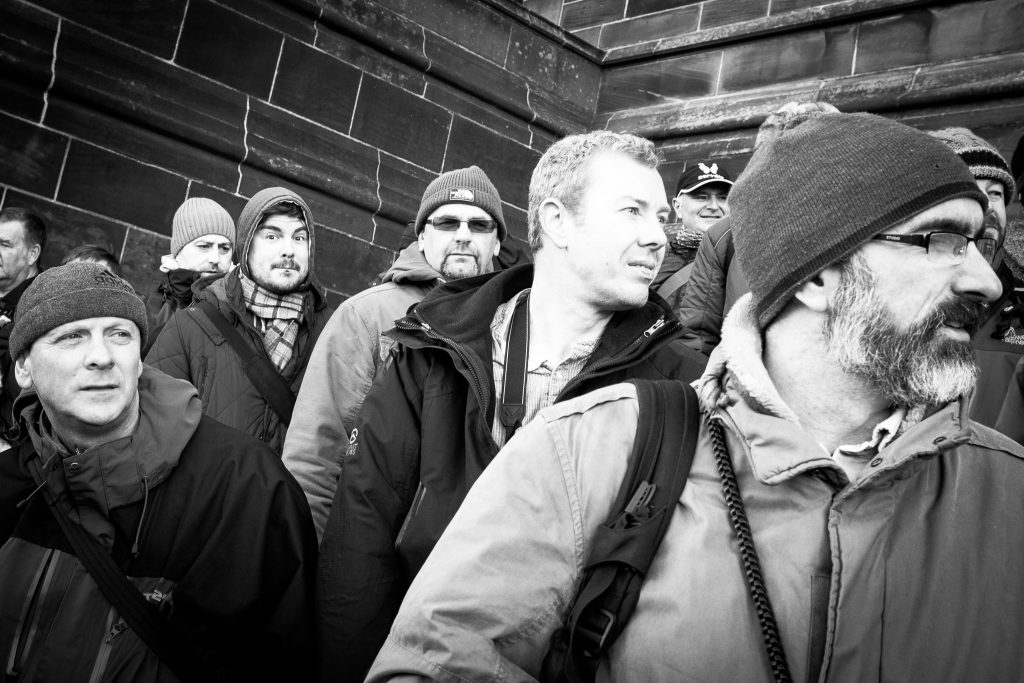 After the group shot and a few announcements, we all headed off on the walk. Most people headed for the nearest coffee shop as the weather was rather cold and very windy.

There is always a danger on photo walks that if there is a large group of you all walking together, then you will all get very similar shots, or just lots of shots of each other. Myself an two other photographers that I knew decided to wander the route in a small group, away from the others, and try and seek out some photos that the other photographers might not get.

There were some set meeting points along the way so everyone could meet up and compare shots before moving on. A welcome stop was at Wilkinson Cameras where tea, coffee, hot chocolate and biscuits were laid on. It’s great when local businesses get involved in these events. 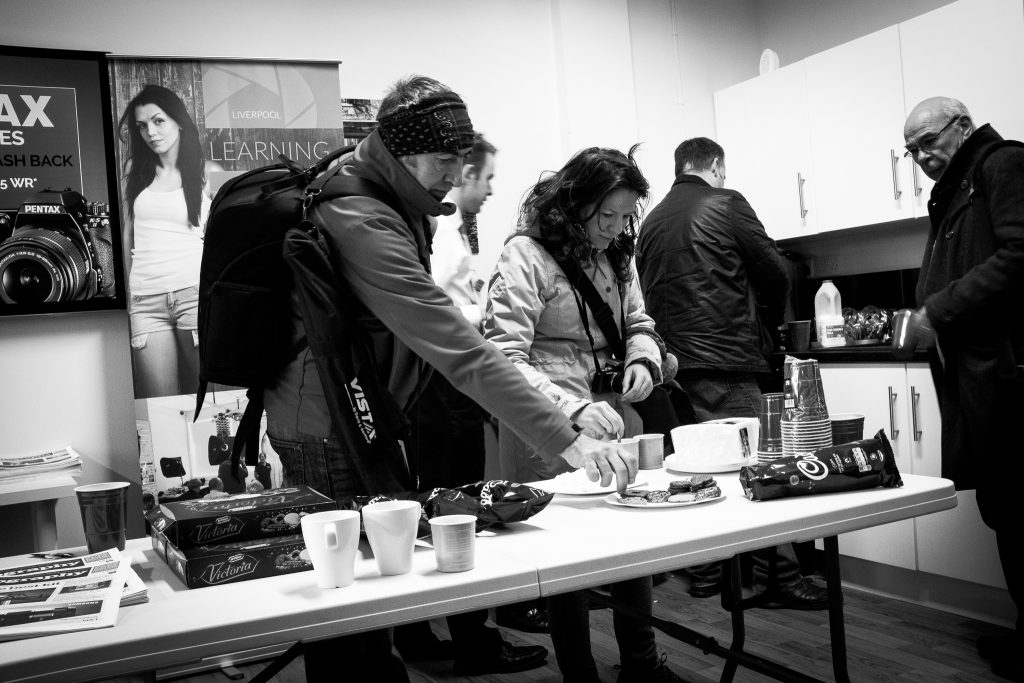 After a quick cup of tea, it was off out into the cold again, but just round the corner from the camera shop was a great spot for street photography. The light was amazing, with low light in front of us causing some lovely long shadows. The best bit was that because of the bright low light, it was reflecting off one of the big glass buildings which meant that you got some great back lighting from the sun, but with the reflected light off the building, you also got some great fill in lighting too. It was like being in a huge studio. Lots of fun. 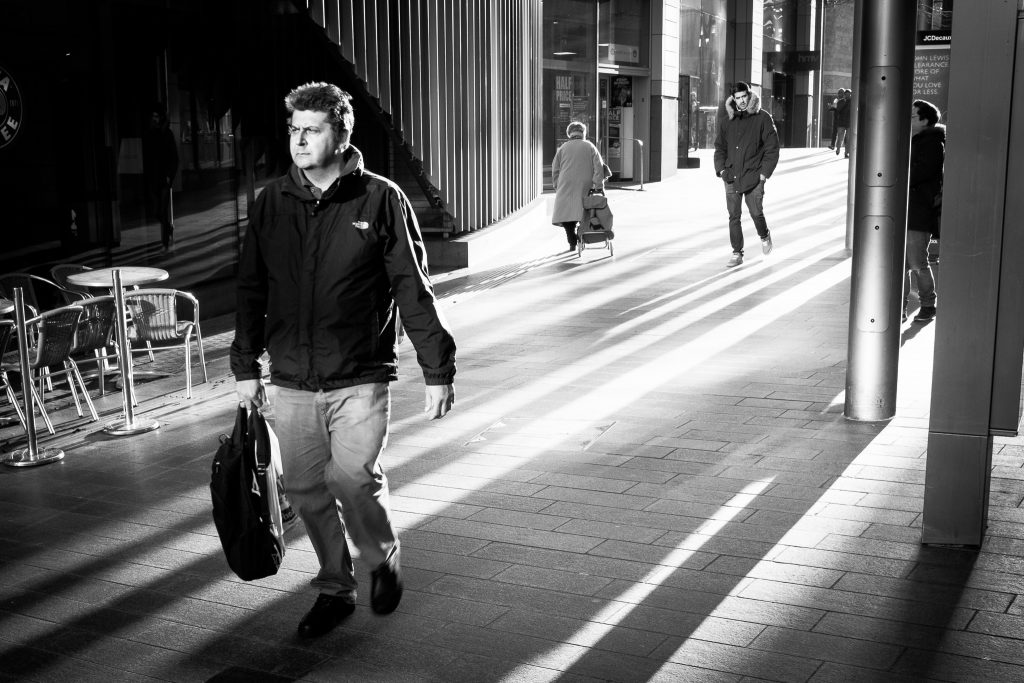 The day carried on and we made our way down towards the Liverpool Docks. The wind had picked up more and even just holding your camera steady was difficult. Time for lunch we thought.

After refuelling we met up with the group again in some of the newer buildings around the docks for another group photo. The group was still keen to wander some more but I’d got through most of my batteries and the temperature was dropping so it was time to head off and see what images I had managed to capture.

Despite the weather, I had a really enjoyable day and that’s what a photo walk should be about. A group of people that share the same interest from all walks of life having a day out to take photos and have a good chat, and the odd cup of tea along the way. It’s inspired me to organise a photo walk myself and I’m already planning for it, so stay tuned for more information.

Thanks again to Matt Hart for organising it. I’ll be attending the next one for sure!